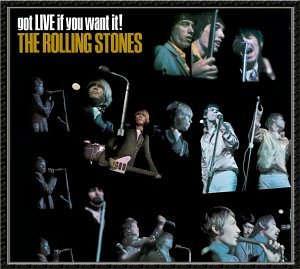 Got Live If You Want It from Abkco

We are delighted to stock the famous Got Live If You Want It.

With so many available recently, it is wise to have a brand you can recognise. The Got Live If You Want It is certainly that and will be a superb acquisition.

For this price, the Got Live If You Want It comes highly respected and is always a popular choice with lots of people. Abkco have included some great touches and this equals good value for money.

As Brian Jones' time with the Stones (and with the rest of this world) was drawing to a close, the band was becoming both more progressive in its conception and more adept in its musicianship. Though the studio recordings from this golden period are impeccable, nowhere is the band's growth more evident than on GOT LIVE IF YOU WANT IT. Recorded by Glyn Johns at London's Royal Albert Hall, this album shows the Stones as a powerful live unit, now capable of subtle emotional shadings as well as rock & roll raveups.

The Stones pay homage to their roots with versions of "Not Fade Away" and "Satisfaction" that easily rival their studio cousins. It's the point at which the Stones' musical trajectory veers off from the blues that things get really, interesting, though. From the ominous "Under My Thumb" to the Elizabethan "Lady Jane" and the transcendent, Dylan-influenced "19th Nervous Breakdown," the band shows off its musical sophistication both compositionally and in spirited performances. An essential live document of one of the band's finest hours.